Creatine is one of the most widely used dietary supplements today by a large number of athletes and sports fans.

Even though there are many benefits that a good creatine supplement can bring to athletic performance and general health, there are still some myths that cast doubt on the scientific evidence.

Due to the growing popularity of creatine among many young athletes, there are a number of creatine faq's such as:

Does creatine stunt your growth?

Can creatine cause kidney or liver disease?

Will creatine make you fat?

The short and direct answer is NO. The reality is that there is no scientific evidence supporting that creatine stunts the normal growth of a developing individual, nor that it causes other diseases. Keep reading to discover answers to common questions about this supplement, including its numerous benefits.

What Does Creatine Do?

Creatine is a compound that your body synthesizes naturally in organs such as the liver and kidneys. This compound is made up of the amino acids methionine, arginine, and glycine.

Your body stores creatine primarily in muscle cells in the form of phosphocreatine that your body uses as fuel when you perform high-intensity training.

Although you can obtain creatine naturally from some foods such as meat and fish, the body is only capable of synthesizing about one gram of creatine per day. This is why many athletes take creatine in supplement form. 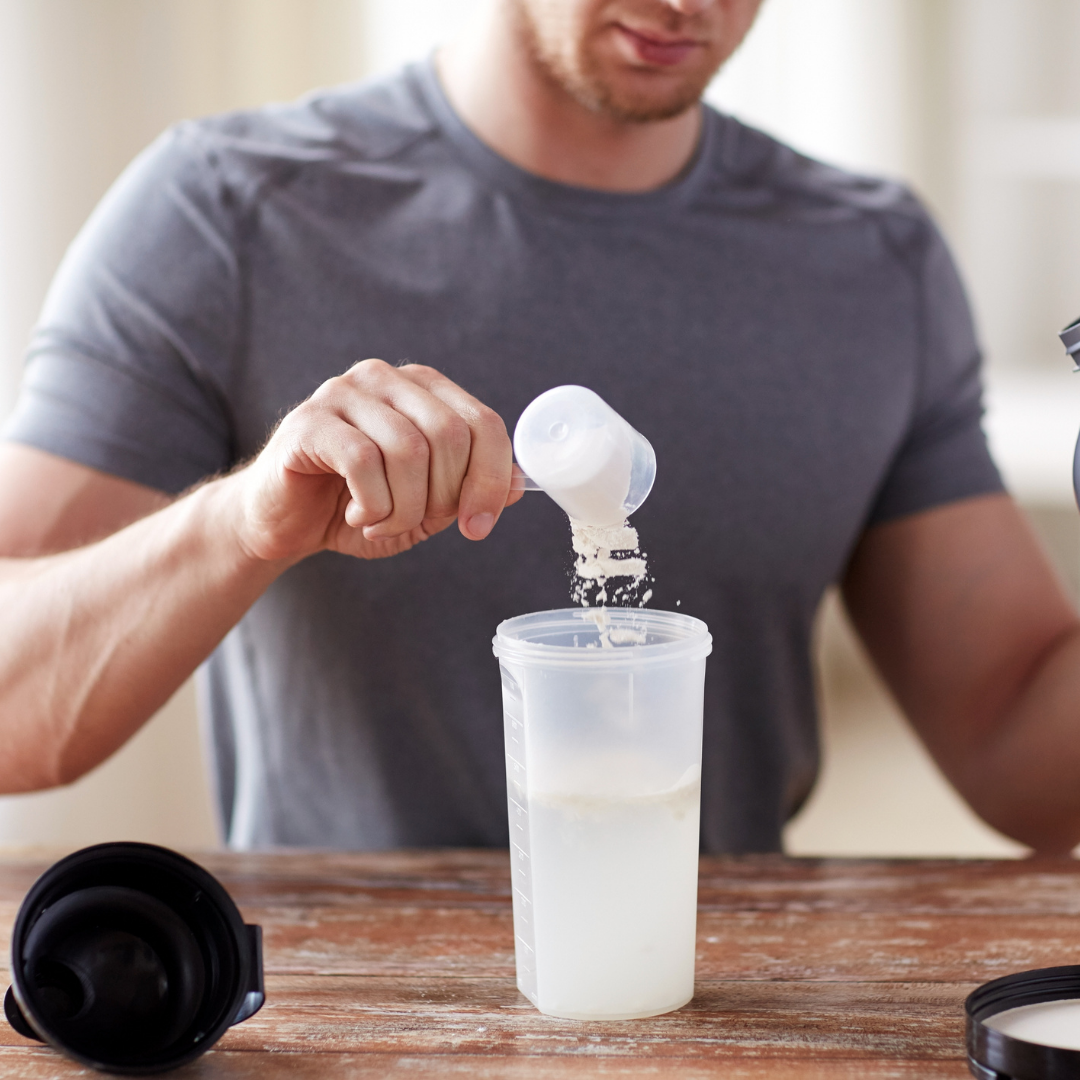 How does creatine work?

The main function of creatine is to be stored in the form of phosphocreatine, a substance that's used as a form of energy and that can be released and absorbed even faster than glucose.

At the same time, phosphocreatine is used to produce more ATP, a high-energy molecule that is used when you engage in high-intensity physical activities. The higher your ATP reserves, the higher your physical performance.

In addition to this, consuming creatine in supplement form increases water retention at the cellular level in your muscles, which also increases muscle volume.

This also improves the absorption of amino acids from the bloodstream into muscle cells, which helps recovery after exercise.

Creatine is also known to play an important role in the production of certain hormones that are related to muscle development, such as myostatin and IGF-1.

About the side effects of creatine - Does creatine stunt your growth?

There are many myths surrounding creatine, especially related to possible side effects, some of which include:

Many people say even women, children, and adolescents shouldn't consume creatine in supplement form, only professional athletes. Most of these claims are due to misunderstandings about the way creatine works.

The reality is that creatine is one of the safest nutritional and sports supplements that exist today; it has been used by hundreds of thousands of people around the world for more than 100 years, and it also has countless studies that support its benefits.

In fact, creatine has been and continues to be used to aid in the treatment of various diseases, and there is no evidence that creatine stunts your growth.

Let's further review and clarify some cases on the connection between these myths or misunderstandings regarding creatine:

It's important to remember that creatinine is a substance that's often included as a measuring factor in tests for kidney and liver conditions. This doesn't mean that excess creatine in the kidneys has damaged them. There is no medical evidence in this sense.

In fact, it has been proven that even in older people, kidney disease, or people with diabetes, supplementing with creatine in safe amounts doesn't worsen their conditions.

Is it true that creatine makes you fat?

Consuming creatine in supplement form increases fluid retention within muscle cells. This results in overall weight gain that isn't directly related to fat. The problem is that this fluid retention isn't visible to the naked eye, so it can lead to misinterpretation.

Some athletes have indicated that creatine causes muscle cramps, but there are actually no studies to support these claims.

Moreover, one study conclusively determined that in patients undergoing hemodialysis - a treatment that can cause muscle cramps - the percentage of cramps was actually reduced by as much as 60%.

Relationship of creatine with the growth hormone

There is a myth that creatine is not suitable for women or young adolescents who haven't completed their physical development. But scientific evidence indicates that there are no higher risks for these groups of people.

In many cases, creatine supplements have been used as support in the treatment of children with muscular and neuromuscular problems, without this having produced any side effects. Some studies over three years in children support these conclusions.

On top of that, some studies in male adolescents on the effects of creatine consumption on certain hormones after intense training, indicate that there were no significant changes in the levels of testosterone, growth hormone (somatotropin), and cortisol.

In simple words, creatine consumption doesn't influence the levels of the hormone somatotropin, so it doesn't stunt your growth. 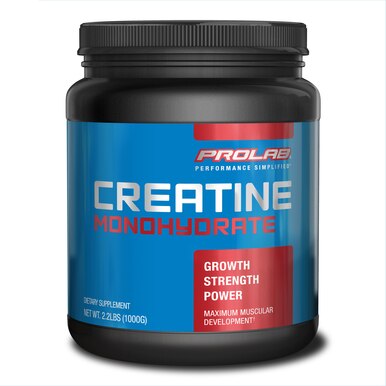 What Are The Benefits Of Creatine?

4 Benefits Of Creatine For Athletic Performance

Having greater reserves of phosphocreatine in the muscles helps increase the production of ATP or adenosine triphosphate. It's the molecule that cells use to get energy when they need it most.

The problem is that the rate of ATP production is lower than the rate of breakdown when doing intense exercise, so increasing your phosphocreatine reserves through a supplement allows you to produce more ATP energy.

On the other hand, having high levels of creatine in the muscles increases their water content, which also increases their cell volume - and therefore your muscle volume in general.

Some studies have shown that creatine can reduce fatigue and increase energy levels during sleep deprivation. This benefit was also seen in athletes who performed cycling tests in high-temperature conditions.

Having a greater capacity in the production of ATP also improves the general performance for the practice of any sport.

Creatine contributes to improving factors such as strength, acceleration, endurance, recovery speed, and energy levels by up to 15%, even in the brain.

The best part is that these benefits aren't only for elite athletes, but also for people of any level of physical performance.

One of the best creatine health benefits has to do with improving brain function. The brain is the most energy-consuming organ of your body - about 20% - so it needs significant amounts of glucose and ATP to solve difficult problems.

Consuming creatine supplements can improve brain performance by 30%, both in terms of memory, as well as in the capacity for logical and mathematical reasoning.

These benefits were seen even in older people, in whom it can significantly improve short-term and long-term memory capacity.

Parkinson's disease is related to levels of the neurotransmitter dopamine, essential for communication at the neuronal level.

Low levels of dopamine are the cause of brain cell death, in addition to various symptoms such as cramps, loss of muscle function, and speech difficulties.

Some studies showed that the combination of creatine supplements with anaerobic training improved not only the physical conditions in general but also the ability to perform daily activities.

3. Helps against other neurological diseases

Several neurological diseases are associated with a reduction in phosphocreatine levels in the general nervous system.

Having greater reserves of creatine allows to increase these levels of phosphocreatine and obtain improvements in the progression of the disease.

Other research has shown that this benefit may also be extended to the treatment of other central nervous system diseases such as Alzheimer's, cerebral thrombosis, and certain brain and nerve injuries.

Creatine can also improve the absorption of glucose in the blood. This is possible because it increases the function of the glucose transporter type 4 (GLUT-4), the molecule in charge of carrying glucose from the blood to the muscles.

In another study, a group of people combined creatine and exercise, exhibiting a faster clearance of blood glucose levels after eating high-carbohydrate meals.

Creatine is a supplement that has been on the market for many years, being used by a large number of athletes to improve sports performance in general.

A large number of studies have been done on its benefits and possible side effects, and the evidence indicates that if taken properly, creatine is completely safe for humans.

There is also no scientific evidence to support the popular belief that creatine affects normal growth and development in people, so it is considered safe in this sense.

Does Creatine Stunt Your Growth References

SIGN UP AND GET 20% OFF YOUR NEXT ORDER. Join the Prolab team and be the first to know about updates and deals. By clicking on “Sign Up”, you agree to receive marketing emails and with Prolab's Privacy Policy.