It's been a long day but you decide to hit the gym despite being a little tired. You're focused on your goals and set on completing them. The thing is, by your third set you begin to feel tired, depleted, and your muscles are burning.

Does this sound familiar to you?

If it does, don't worry there's a solution for it. If you have ever used a pre-workout more than likely you have experienced the effects of Beta-Alanine, even if you've never heard of it. Beta Alanine pre workout is a supplement that can help you push through your workout by delaying fatigue and muscle failure.

Lactic acid built up is one of the main factors of discomfort and fatigue which can lead to quitting your workout early or stopping in the middle of a set.

Technically, Beta-Alanine is a non-essential amino acid. It is a special type of amino acid that is not used for protein synthesis. Instead, it works together with Histidine in producing Carnosine. Carnosine works to reduce lactic acid in your muscles, which can result in improved athletic performance and endurance. Using a Beta Alanine pre workout is an effective way to ensure more productive workouts and long-term growth.

Taking Beta-Alanine within the proposed dosage has been declared by the International Society of Sports Nutrition (ISSN) as safe in healthy populations. A dosage between 4 and 6 grams per day is considered healthy and safe.

Moreover, according to the same statement, taking it consistently over the lapse of 2 to 4 weeks shows sustained performance improvement. So, yes, taking a Beta Alanine pre workout supplement is completely safe. It is helpful to know that you could experience is paraesthesia, otherwise known as "a tingling in the skin". However, there is no evidence to suggest paraesthesia is harmful in any way. As mentioned, you may experience a tingling sensation and a warm flush over your skin. This is a temporary effect and happens shortly after the it is consumed.

How Does Beta-Alanine Work?

Buffering lactic acid to offset fatigue to help prolong workouts can help athletes optimize their training. But how exactly does Beta-Alanine work?

Several tests carried on with cyclists and rowers showed an increment in muscle carnosine of up to 80%. This allowed the 18 rowers in the test to be 4.3 seconds faster than those given placebos after 7 weeks. In the same vein, cyclists reduced their time to exhaustion by 14% after four weeks of taking Beta-Alanine supplements daily.

Athletes who take Beta-Alanine regularly can extend their training sessions when compared to those who don't.

A test conducted with 16 healthy adults during 23 days showed that lactate concentration after running 10 kilometers was significantly lower in those who took the Beta-Alanine compared to the placebo group.

Beta-Alanine can not only help you endure more by buffering lactic acid to work against fatigue, but it can also help you boost your performance during velocity training for explosive power within your fast-twitch muscle fibers.

A study conducted on water polo players showed that those taking Beta-Alanine supplements for 28 days reduced their time marks in sprint swimming. On the other hand, the control group that was given a placebo didn't experience a boost in performance.

During a 5-week strength training program, some randomized participants were given Beta-Alanine supplements and others a placebo. After those 5 weeks, athletes who used a beta alanine pre workout supplement showed higher training volume and increased power output. This could indicate that they were growing stronger faster than their placebo-taking companions.

How Much Beta Alanine Before Workout

An effective dose of beta alanine before workouts are typically between 4 and 6 grams a day for most individuals. A sufficient dose of beta alanine will help flood the muscles with specialized amino acid carnosine to work as a buffer against lactic acid buildup to promote longer training and more growth-stimulating reps.

The best time to take beta alanine for workouts is before training. However, supplementing with Beta Alanine is most effective when consistently using it during a lapse of at least 2 to 4 weeks can ensure sustained effects. In other words, it is more important to be consistent while taking Beta-Alanine daily than what time you take it. 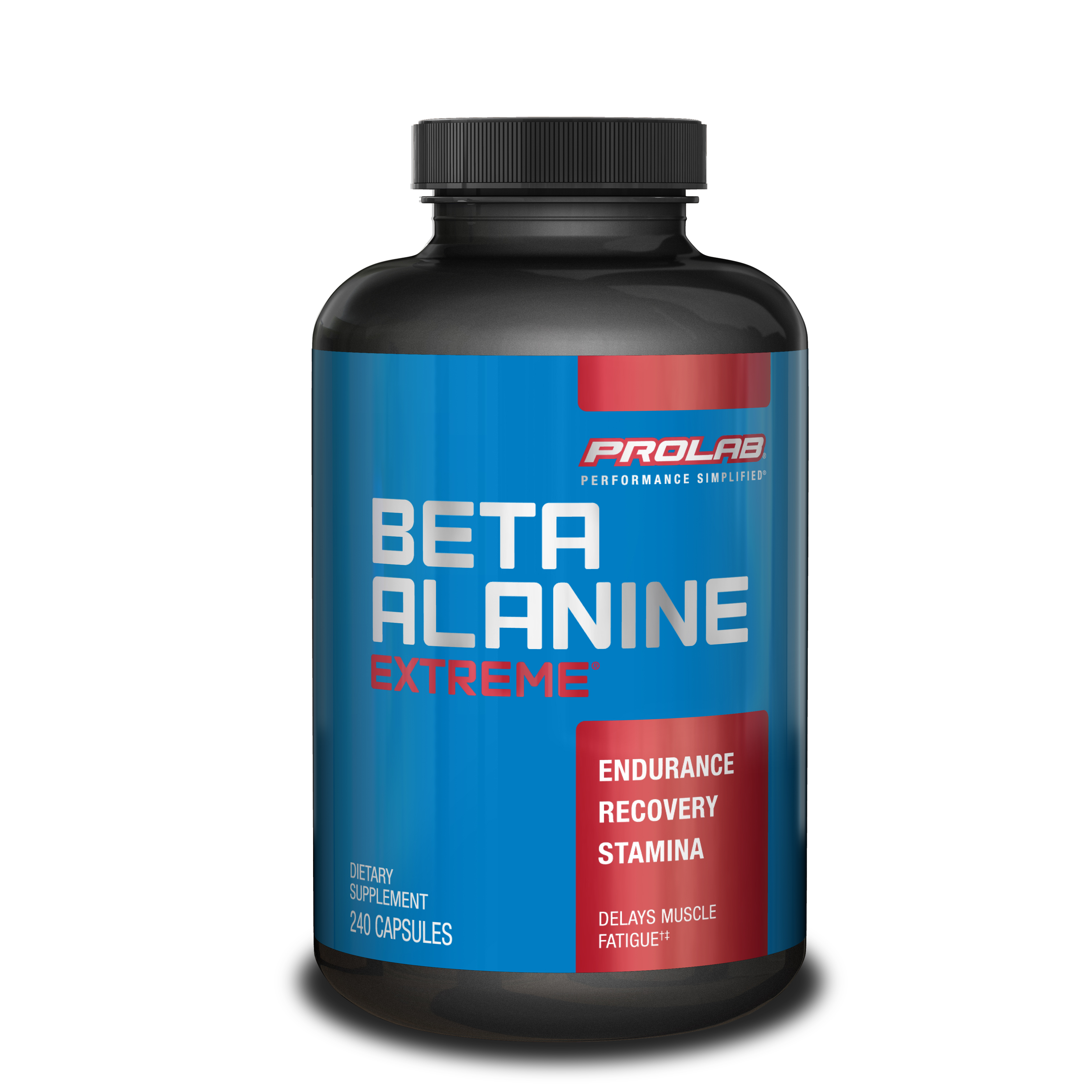 What Supplements Can Beta Alanine Stack With?

According to the studies mentioned above, Beta Alanine pre workout supplements are extremely effective for athletes, gym-goers, bodybuilders, and exercise enthusiasts. Moreover, the benefits of Beta-Alanine improve with time and consistency.

Forget about muscle failure early on in your workout. Prolab Beta Alanine Extreme supports prolonged stamina and can help reduce muscle soreness both during and after training allowing for more effective recovery time.

SIGN UP AND GET 20% OFF YOUR NEXT ORDER. Join the Prolab team and be the first to know about updates and deals. By clicking on “Sign Up”, you agree to receive marketing emails and with Prolab's Privacy Policy.